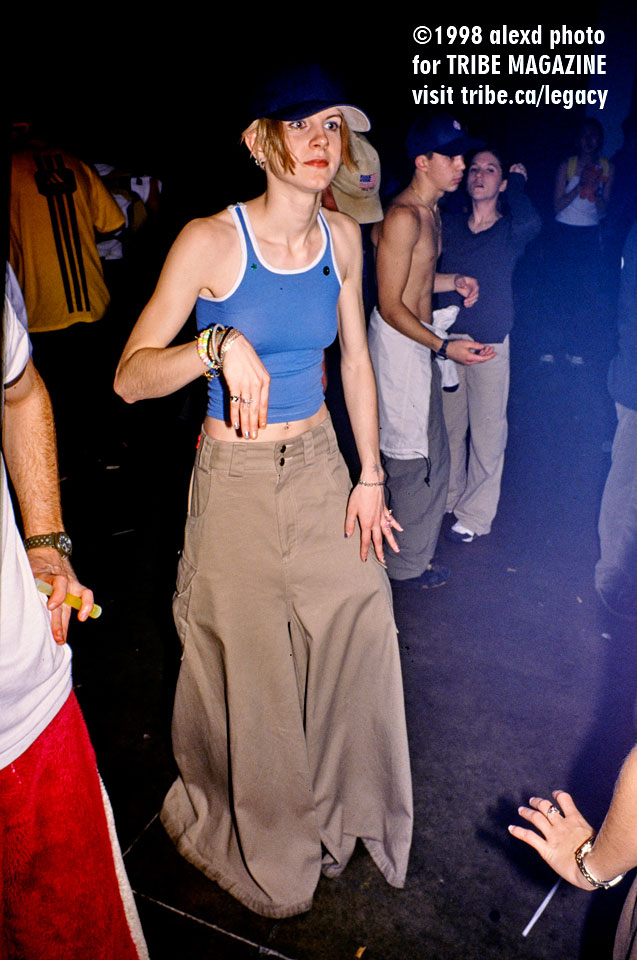 These are phat pants. Phat pants became fashionable as raves grew more popular in North America. Gender neutral and worn low on the waist, they widened out from there.  Some, like the phat pants on this raver, were super wide. Ravers insisted phat pants made dancing easier, and they also added a visual element to liquid dancing as they floated around a dancer’s legs. Some ravers duct-taped the bottoms to protect them from the ‘rave goo’ that accumulated on dance floors at parties.