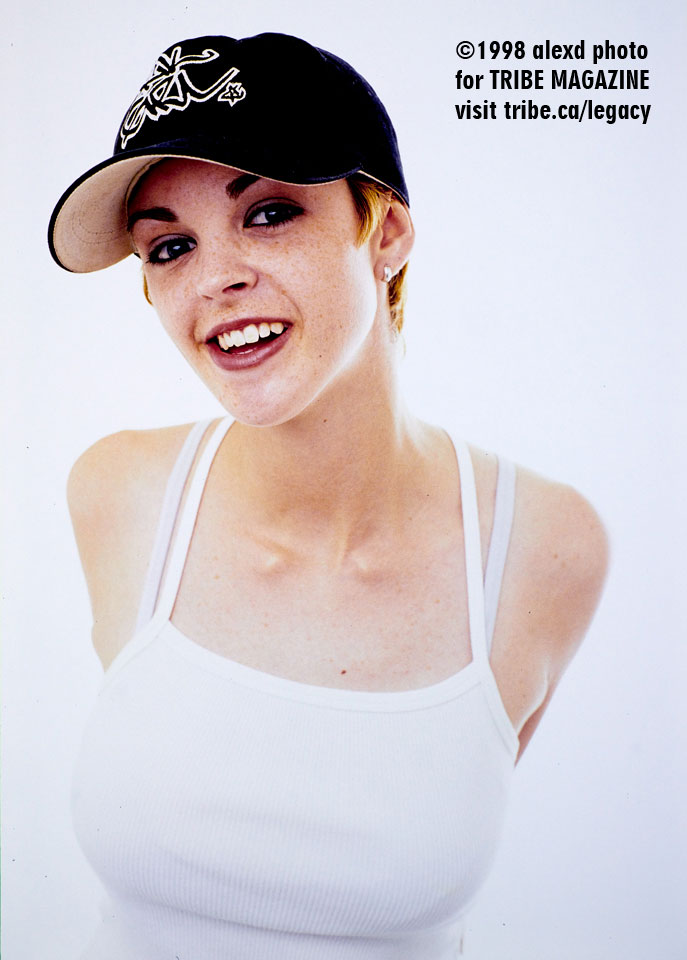 This is Mandy, who I met at a party in Toronto during the late summer of 1998, in that building where the old Gasworks used to be on Yonge Street. The image comes from a shoot we did in the studio, and it completely captures Mandy’s big smile energy. This photo would have been a cover, but I was unable to adjust the color sufficiently so it would print well on newsprint, which was the paper stock TRIBE MAGAZINE used for covers that particular year. We used another photo of Mandy on the cover instead.