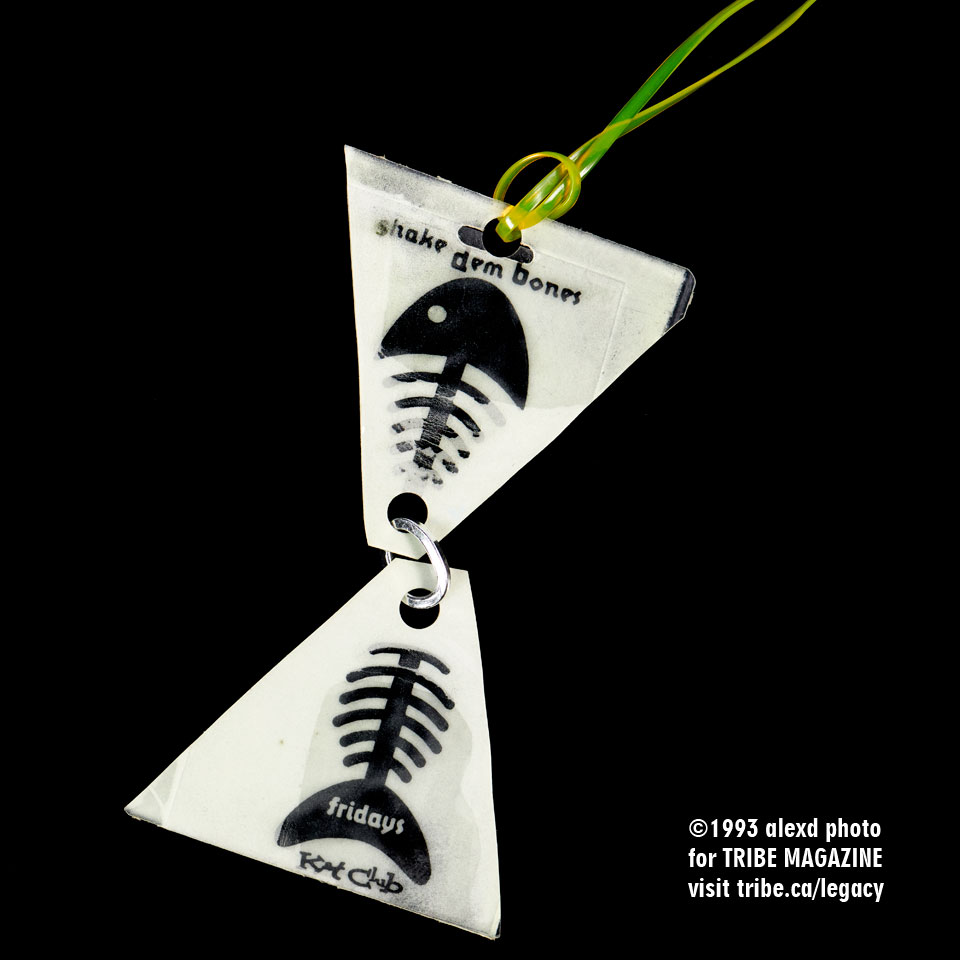 Mychol Holtzman was an event promoter in Toronto as well as the gossip columnist for TRIBE Magazine in 1993.  This VIP pass was for a weekly event at the Kat Club on Colborne Street in Toronto that featured deep and tribal house sounds in the lower level of the club with DJ Kevin Williams. The VIP pass was made with glow in the dark paper and cut and laminated at a Kinkos copy shop in Toronto, where most early Toronto promoters produced their event flyers. Mychol told me he was inspired to make the moving and shaking VIP pass after seeing fishing lures at Canadian Tire.