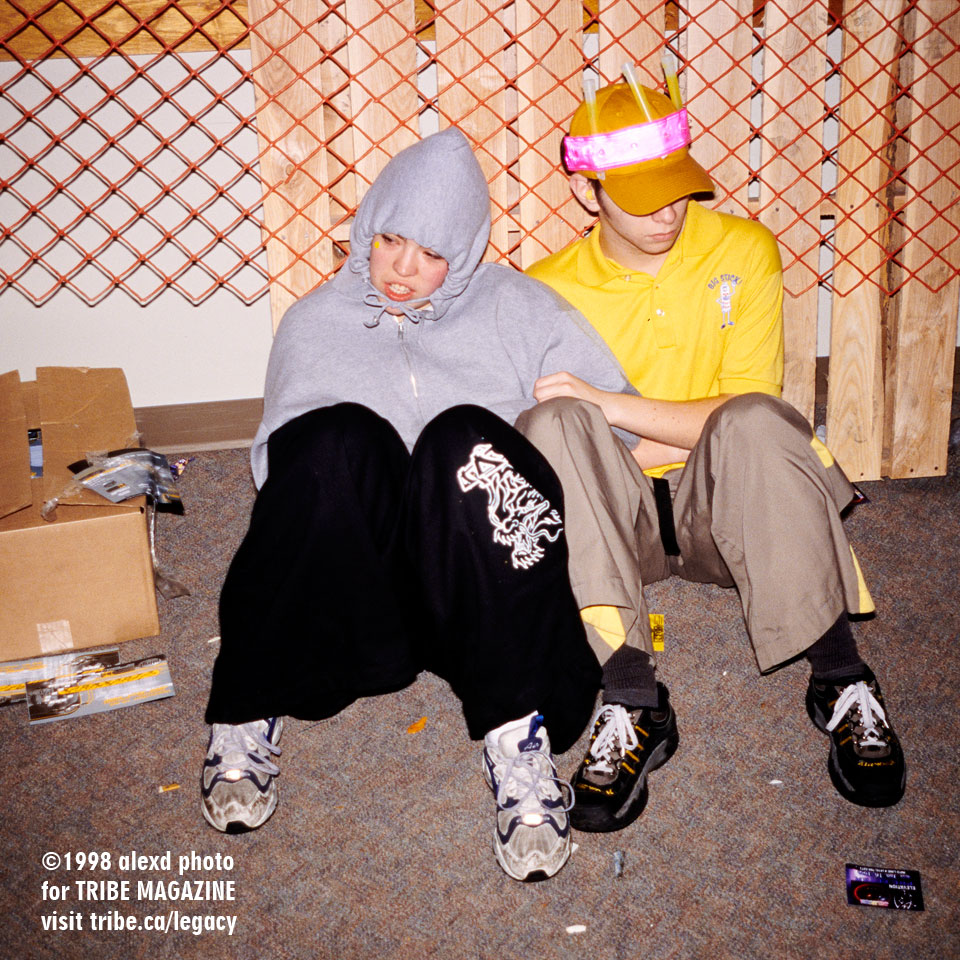 I found these two sitting in the dark next to a box of pHryl flyers at the large warehouse space on Polson that later became a club.  Found them by the soft glow emanating from the three glowsticks taped to the dude’s hat. I like this photograph. So calm and peaceful, even in the midst of  full audio mayhem and the thousand people dancing all around them.