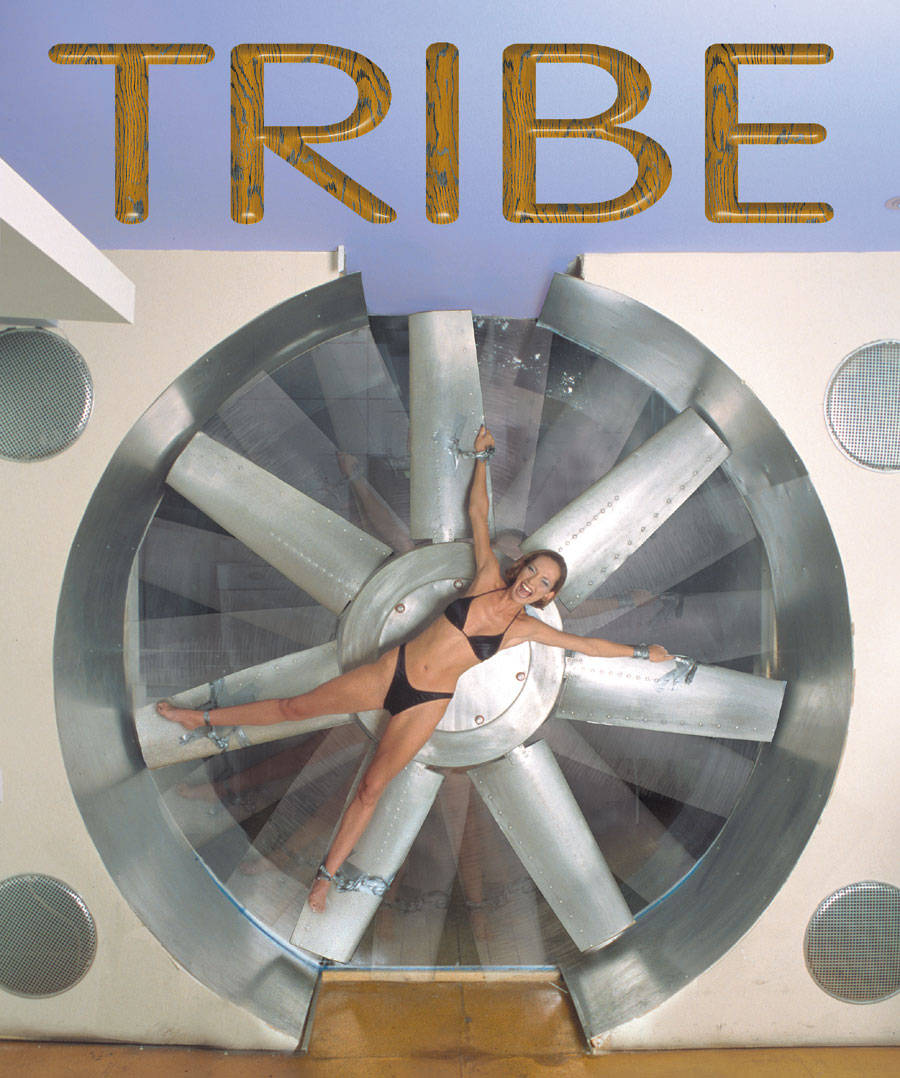 In 1994, I wanted to get some TRIBE T-Shirts made, so I went to a place on Richmond Street in Toronto, a short distance from 23 Hop. It was in one of those big open woody warehouses you see in Fashion Districts. There were two tables on the entire open floor, one with a screen press and the other had a battered PC on it. There was an enormous fan on the wall. I said to the T-Shirt dude, “Dude! That’s the biggest fan I have ever seen!” He told me that it didn’t actually work, it had been left there by William Shatner’s crew when they were doing that TEKWAR TV show.

Four years later I was called down to a new nightclub on Adelaide Street. The owner wanted to talk about advertising in TRIBE. I can’t even remember what the club was called, or the owner’s name now, but I went down there to try and sell them ads in the magazine.

As soon as I got to the top of the stairs I saw the giant fan.

It spanned the entire width of the tiny club against the back wall. It was fucking amazing. The owner had built an entire venue around the giant fan. The club owner had bought it from someone else who had bought it from T-Shirt guy. It was a strange science fiction totem being passed from one entrepreneur to the next.

Later that night I went to the Big Bop for a jungle party, still thinking about the migrations of the fan. In the main room, across a mostly empty dancefloor, I saw a jungle beauty lounging against the bar. Mint colored sweats, bare midriff, bathing suit top, baseball hat pulled very low over the eyes. Jungle stylz. Prepared for dancing hard. Dayna.

Immediately I knew she had to go on the fan, like a diamond set in a ring, with duck tape.

So I asked her, and she graciously agreed! And here’s the cover image we shot – Summer Breeze – one of my personal favorites.